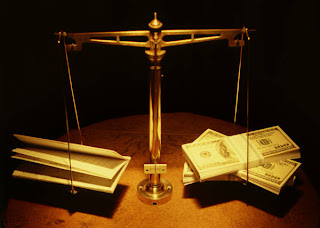 "The market is one of the greatest teachers. It reveals itself to all of us each and every day if we are willing to pay attention. Too many times we try to box it, label it, or beat it."

I haven't been trading much this last week because of Chinese New Year celebrations. It is our equivalent of Thanksgiving and Christmas all rolled into one weekend.

This year, I bravely decided to cook dinner for the family. So I was busy slaving over a hot stove instead of slaving over a tepid computer. Unbeknownst to me, my mom also took it on herself to make more than enough food to feed an army. So my slaved-over gigantic pot meals became gigantic left-overs.


If that didn't beat all, I caught a bug. So I spent most of the early part of last week on a cocktail of drugs. And most of the day and the nights - huffing and puffing into a box of Kleenex.

After all those painfully learnt lessons of when I should not be trading, I did practice some discipline and not trade on the busy family days.

I know that I did sit down to trade on the few days when I wasn't rushing from one end of Singapore to the other. (My sister lives on the north part of the island - in tiny Singapore - a 30 minute drive is a significant distance - at least mentally!)

I can pleasantly report that I managed to have a nice 5% return for the week in my trading account - just by trading less. As you know, my target to be consistent for this  year is just 15 to 20pips per day. I figure if I can consistently get the pips daily - I can scale into more contracts.

I just checked and noticed that I traded only 2 days last week.

Monday 23Jan2012 - Reversal at London Close
This is one of my favorite trades if I can stay awake for it.
I have been noticing for awhile now that EURUSD has a tendency to reverse just after London close. That is if it has been going in a single direction all day.

There were a couple nice reasons for this setup:

1. Bossilator reading at 539 - so it was nice for a counter-trend


So I took this trade just after 5pm GMT - after London close. Just after EURUSD popped down past the SMA200 on the 1M chart.

I was happy to take it out at 15pips. Since I had a tight stop at 7pips (since this was counter-trend) - back at the SMA200.

I traded 3 times that day. Looking at this, I probably should have stopped after I did the first trade. But as usual, an easy win on the first trade always lead to itchy fingers later in the day. This is something I am working on curbing.

This was a classic Bossilator counter-trend trade with a quick 2:1 profit. Very tight stop of 6pips. I was happy to just take it out at 12pip profit since I didn't really have to spend that long preparing for it.

I figured, if the market gives it to you - just take it and run. Of course I should have taken it and run all the way to the next day. But I didn't and I had to learn a lesson on Trade 2.


Trade 2 (-9pips)
This was the trade that was just one of those quickie losses. I had taken it based on a resistances failure and me really looking to counter-trend.  Looking back, I can see it was too early for a counter-trend, with Bossilator at 340. But I had gone ahead anyway. The thing that saved me was the very tight stop at 9pips just passed the SMA200 - which was my entry point.

This was the quick reversal of Trade 2.

I did have a quick sense to go in the opposite direction of Trade 2 - after the support held at SMA200.

If I had planned for it earlier I would have stuck to the Trifecta trade and help on to Fib 0 after a stop at Break-even.

In any case, I was happy to exit at 10pips since it recovered the trade 2 loss. Mentally, it was all I could take for that day.

So this was a typical trading. I was quite happy that I managed to stay calm enough to manage the last trade and the day ended with plusses instead of minuses.

So when I looked back at last week, it went quite well for a week where I traded much less than a normal trading week.

True to the spirit of letting the market show itself to me, I think I did that successfully last week.

I am hoping that this is a sign of things to come.