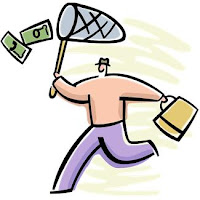 Keep on singing Trying, Don't Stop Trying
You're gonna be a star trader some day....
Sung to the the tune of Helen Reddy's Keep on Singing. (Yes, I am that old).

I am always wary of trading on the Monday after Non-Farm Friday.

Wouldn't you know it, the first two trades were duds? But sometimes, you just gotta keep on trying.

I figured that if I wanted to make this trader's life work - I've just got to work on trading at the same time every day. And for me, the best time seems to be looking at the London session open. I have been doing this with mixed results but the momentum for this session seems to work better for my trading style.

Today's trade was interesting in that I started with 2 trades stopped out. Right out of the bat.

Seriously, it's enough to make me wonder - do I really like being slapped on the face. But then, last week I got some great perspectives on taking losses on Jennifer's blog. She said, "My account took some losses, I didn't take losses"

Also, I am getting used to the fact that if I get my head together, I should be able to make some profit for the day. The essence of this is some profit. It really doesn't matter how much - just some - well 10 to 15pips would be great. Right now, I am working at being happy at some pips for the day while using proper risk/reward. Rather than having negative pips.

Trade 1
This was a Trifecta trade. Entry at the break of the 23Fib retracement. Target at Fib 0. Even though Bossilator was at 630+, I was going for the test of the 1.3050 and 1.3020 achieved in the Asian Session. I started at the first break of the 23Fib but was quickly stopped out at 12pips.

Trade 2
Happily my trigger-happy finger took over and pulled an entry into a buy at 1.3098. I am not even sure where I thought this was heading. Except that I thought I might be able to catch a break-out to the top side. Seriously this was one of those trades where I should have just taken a deep breaths and waited. Stopped out here @3080. (-11pips).  Surprise, surprise!!

This was pretty cool. Even though the nett profit was teeny weeny tiny (+9pips).
Sometimes you just gotta "Keep on Trying, Don't stop Trying... You're gonna be a star some day".

I am so done for today. I am taking off to gather my head together and make dinner.