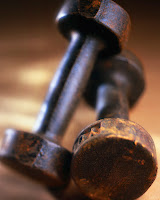 I'm baaaack! And waaaay better too!


It wasn't so much that I was AWOL from this blog (well, maybe just a little). It was just that I was clearing my brain. After coming close to blowing up my trading account yet again - it was necessary to take a really big vacuum cleaner and just suck out all those cobwebs.


I made a quick decision to get more education when the new Bullet Trading course came up on TFL365.com.
It was almost a no-brainer. Here's a guy (Rob Wilson) who is very successful trading EURUSD on 1Min charts. See the match??
I would have been stupid not to sign up. The first set of classes started on March 31st, and took in an inaugural group of 5. I just couldn't sign up fast enough when I saw the ad. Suffice to say that the journey has been amazing so far. No, I've not made a million dollars - or even come close to it.

But the most amazing thing is that I really feel like I am improving in my trading. We've  had webinars (Theory) four Saturdays in a row so far. And there were homework(Practice) to do - backtesting - as much as we can, using ForexTester.
And then posting up charts (Personal Accountability) whenever we made live trades. And we would get comments on these trades by Rob Wilson (Closed Loop - Review) who heads Bullet Trading.

I am totally embarrassed to say I did blow up my account - 1 week into my Bullet Trading Course. Of course, it had nothing to do with Bullet Trading. It was all just me, not being able to control my over-trading. You know, that one account which was in its death throes as I was coming out of a Groundhog Day-Week. That account is now in the dirt and I had to start using the back-up one that I had from years before.


That account was small -  nonetheless it was still money - and yes - I did it. I feel really stupid about it. The only good thing about that is that the feeling of being stupid was and is still all pervasive. And it was enough of a kick-in-the-head (and the butt) for me to start thinking differently.


I can't explain it but when it happens to you - you will know. If you associate enough pain with the bad thing(s) that you did, and for long enough - I think a time comes when slowly but surely you just don't want it to happen anymore. It was as if something broke off inside my brain - and I could just catch it in my mind if I tried to do it again. I think that's the key - catching yourself when you are trying to do a no-no in trading.

All well and said - it's still something I am working on. But onwards we march to the more fun stuff.


Full Disclosure:
1: I hadn't tested any trades in Forex Tester after our first webinar lesson.
But I have been trying to trade EURUSD for the last 2 years so I figure I just need to sharpen my skills on it. Before the course I had practised taking trades of support/resistance lines the way after watching Rob-W do it on TFL. But that first webinar really gave me all the nuances and details on looking at the market.

2: I hadn't plan to trade live until I had the oanda live account setup. This is my GFT account - I really liked trading off MT4, but I started to hate the spread (2pips on EURUSD) when I found out the other brokers offered a waay better spread. The nice thing is that this account allows me to trade tiny lots - 1000unit lots. (0.01 of a standard contract)

I drew the lines. Seriously I wasn't sure if they made any real sense. I kind of deleted and re-drew them a couple of times until they looked ok. You know, 1HR view, 15Min view, 1min view.

The First Live Bullet Trade:
I missed the London open by a couple of hours because I was out of the house. When I finally had time to open the charts, I sat and watched it for about 30minutes before taking a trade. I try very hard not to enter into a EURUSD trade when London is at lunch. EURUSD always behaves like it's drunk. And I have many losses to prove it.
Here's the chart of the trade I took on my live account.

The One That Got Away:
Right after that first trade. EURUSD hit the other "Wilson-line" that I had drawn. I was still reeling from the effect of that first win. So I was kind of frozen. Again - I wasn't expecting these simple lines to work so cleverly.
Here's what happened and the trade I didn't take.

Conclusions:
This first trade felt like a fluke. But it was nice fluke. While I'm typing it, I've just seen EURUSD hit my next Wilson line @1.3345 This is uncanny.
I am off to do more test trades to build more confidence in the lines that I have drawn.


This post was first published on Bullet Traders Blog on TFL365.com on April 3rd, 2012